4. @BoobsRadley (Julieanne Smolinski, writer and comedian). The Huffington Post called her one of the 18 funniest women on Twitter, and not just because of her hilarious nickname-turned-Twitter-handle, which is a take on Arthur “Boo” Radley, the most mysterious character in To Kill a Mockingbird.

Also Read:  How To Restore A Deleted Thumbnail From The Chrome New Tab Page

11. @JudahWorldChamp (Judah Friedlander, comedian). Judah is in no way an actual world champ (despite the fact that his Twitter bio states, “This is the official twitter of The World Champion.”). What he is, however, is hilarious. 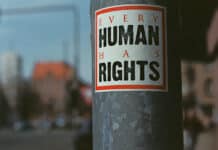